3 Skill Sets that Will Make the (Sustainable) World Your Oyster

3 Skill Sets that Will Make the (Sustainable) World Your Oyster 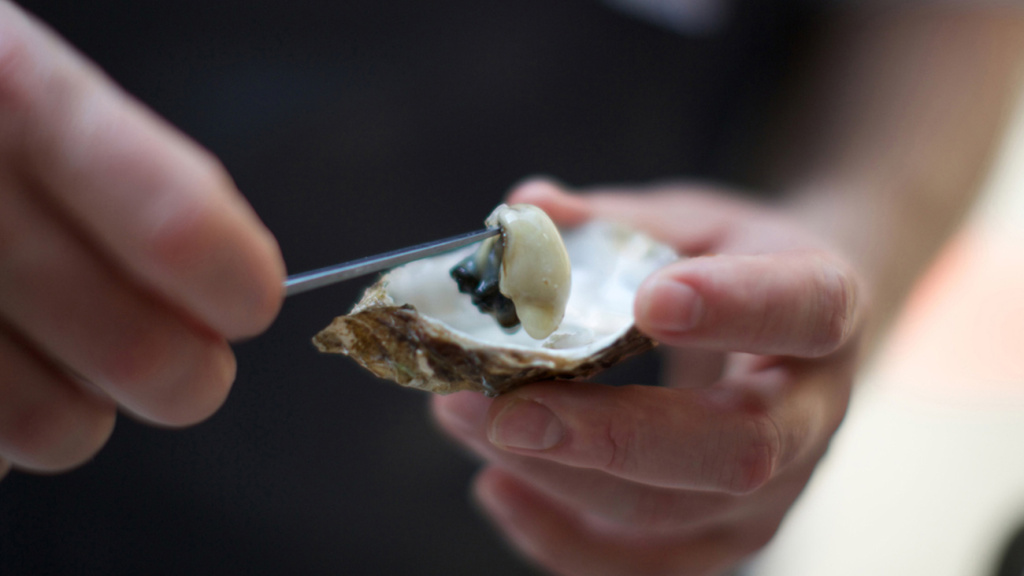 Think about the oyster, the tiny janitor of the ocean.

This incredibly efficient animal cleans up to 50 gallons of water per day, removing nitrogen and other wastes. Nitrogen build-up causes massive dead zones in bays and estuaries around the world. Yet, an acre of oyster reef can remove 500 pounds of nitrogen from the water annually, and 1,300 acres of oyster reef is equivalent to building a state-of-the-art water treatment plant.

Believe it or not, the benefits that oysters provide the marine ecosystem are relevant to three academic trends and skill sets that are becoming increasingly important in sustainability-related careers:

What’s that got to do with oysters?

Of these three skill sets, Biomimicry Thinking is the most recent addition to the professional’s toolbox. As described in Janine Benyus’s foundational book in 1997 (Biomimicry: Innovation Inspired by Nature), biomimicry is the conscious emulation of nature’s principles to solve sustainability problems.

For example, if you wanted to design a new way to filter water, it makes sense to look closely at how it’s done in nature—by an oyster, or by dozens of other organisms or systems. For billions of years, nature has followed a continuous process of research and development (called evolution) to achieve adaptation and improvement.

Learning from nature’s R&D work is a concept that has been taught for a while, but now it’s gaining traction as an academic discipline. Arizona State University has just partnered with Biomimicry 3.8, the innovation firm created by Benyus and Dr. Dayna Baumeister, to create the Biomimicry Center at ASU. It will offer the first-ever Master’s of Science and Graduate Certificate in Biomimicry, providing a transdisciplinary skill set for innovators, entrepreneurs, designers, engineers and others.

“Biomimicry Thinking is a skill set for 21st century careers,” said Dr. Prasad Boradkar, co-director of the new Biomimicry Center. “It allows professionals in any field to contribute to sustainable solutions through systems-thinking, creativity, and interdisciplinary collaboration.”

So what is design thinking?

Design Thinking is a methodology that typically uses a human-centered approach to evolve ideas, and its roots lie in scientific thinking and design engineering. The concept expanded into architecture, where it was used as a method of creative action and was adapted for business in 1991 by David Kelley, who launched the innovative design firm IDEO and created the Stanford d.school.

In academic programs around the world, Design Thinking is now taught as a collaborative process that merges differing perspectives to tackle complex issues like sustainability through an iterative approach. Like the evolutionary adaptations that made oysters into effective water filters over millions of years, Design Thinking encourages a process of trial and error to arrive at a great end product—a pearl, if you will.

While Design Thinking was first taught at the Stanford d.school, many business schools now offer coursework in Design Thinking, and the d.school has a crash course available online.

Traditionally, Design Thinking has been taught as a human-centered endeavor that aims to better understand feelings, attitudes, and behaviors of end users. But Boradkar says the methodology itself is on the verge of evolving. (Read his new essay in Core77.)

“Human-centered design has been around for several decades,” Boradkar said. “However, considering that we are one of several billion species, we have gone beyond this to life-centered design, where we think about the impacts of design to, not just people, but all species on this planet.”

The big picture for a big planet

Systems Thinking recognizes that everything is part of a bigger picture. It’s a framework for understanding how a set of elements, which are interconnected and interdependent, influence one another within a whole and make up a dynamic system. While Aristotle hinted at Systems Thinking in his assertion that the whole is greater than the sum of its parts, it did not emerge as a methodology until 1956 with the book Industrial Dynamics by MIT professor Jay Forrester. It became more popular in 1990, following MIT professor Peter Senge’s book, The Fifth Discipline.

Nature is a master of Systems Thinking. The interconnectedness of all life on earth is a result of millions of well-adapted strategies that allow species to fit together into balanced ecosystems. The oyster, for example, cleans the water for other species simply by feeding itself.

When people start to think in terms of systems, they understand that small changes can shift the entire balance. Learning Systems Thinking is valuable for impact careers because it helps us see the big picture. It helps us evaluate the effects that our ideas, products, and services will have on the community and environment.

MIT offers a Master’s of Science and Graduate Certificate in System Design and Management, and the Donella Meadows Institute has a wealth of resources focused on Systems Thinking.

So how does it all fit together?

Erin Geoffroy is a second-year MBA student at the University of Georgia’s Terry College of Business, a co-president of the UGA Net Impact chapter and a freelance communications professional. Prior to business school, she worked as a Communications Manager at the Environmental Defense Fund. Erin is passionate about clean energy and sustainable business.