6 Books Every Social Entrepreneur Should Read

6 Books Every Social Entrepreneur Should Read 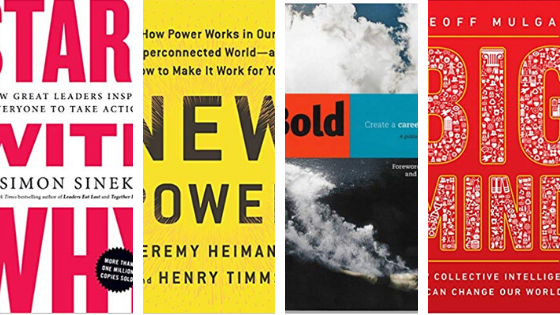 For a busy aspiring entrepreneur, reading could be a release from their day-to-day stress or an opportunity to start scheming new goals. Whether you’re a seasoned executive open to fresh strategies to expand your company’s impact or a recent college graduate looking to integrate your ideals and your work life, there are lessons new and old to be learned about how to use our 40 (or more) hour work weeks to chip away at seemingly never-ending societal challenges.

Appearing in its most simplified form as a TED Talk, Start With Why is an entire philosophy that, according to Sinek, accounts for the difference between highly successful companies and the rest. Whether you’re in the business of ending world hunger or selling widgets, the reason you do what you do must guide the way you communicate your message. Because of your sense of purpose, the “why,” is what inspires people to take action.

2. New Power: How Power Works in Our Hyperconnected World--and How to Make It Work for You

Alia Mahmoud, Director of social impact accelerator Radical Partners, calls this title “a timely and poignant observation of how power has shifted from the few at the top to the collective at the bottom.” The authors lay out a framework of old versus new power: old power functions by owning resources or controlling the means by which information spreads, while new power functions through a critical mass of ordinary people. “Any business should recognize this, honor it, and build around this new structure of power,” says Mahmoud.

3. Be Bold: Create a Career with Impact

An accomplished social innovator with expertise in healthcare, labor issues and public policy, Cheryl Dorsey was named president of Echoing Green in May 2002. She is the first Echoing Green Fellow to lead this global non-profit, which has awarded more than $25 million in start-up capital to nearly 400 social innovators worldwide since 1987. Her book reaches out to the next generation of world-changers and equips them with the inspiration and qualities needed for developing meaningful careers that deliver the change that they seek.

4. Big Mind: How Collective Intelligence Can Change Our World

Mulgan is a consummate innovator, with a career as versatile as it has been impactful. He has been able to steer and promote social innovation policies and public institutions in multiple countries (US, Australia, UK), spearhead the United Kingdom’s leading innovation foundation and influence scholarship and academic thinking in the field while navigating government roles, as well as ones in pioneering organizations. Mulgan’s career represents the epitome of thought leadership in the field of social innovation and entrepreneurship; his book details how collective intelligence can guide corporations, governments, universities, and societies to make the most of human brains and digital technologies.

If you're a social entrepreneur wanting to get B Corp certified, this book will help you improve your social and environmental performance so you can get that sleek B Corp stamp on your products. If you're looking for an expert opinion, look no further: The B Corp Handbook packs in interviews, tips, and best practices from over 200 B Corp CEOs and executives about how to build a business that makes an impact and meets the rigorous standards of the B Corp. Maybe you too can join the ranks of B Corp favorites, from Patagonia to Warby Parker.

6. Secrets of Sand Hill Road: Venture Capital and How to Get It 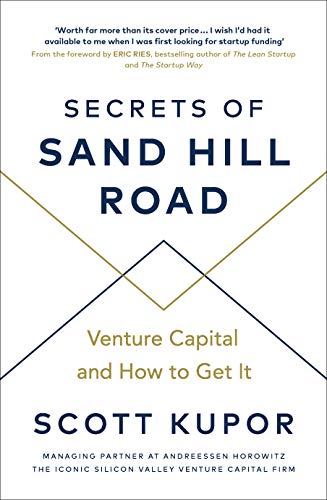 What are venture capitalists saying about your startup behind closed doors? And what can you do to influence that conversation? If Silicon Valley is the greatest wealth-generating machine in the world, Sand Hill Road is its humming engine. That's where you'll find the biggest names in venture capital, including famed VC firm Andreessen Horowitz, where lawyer-turned-entrepreneur-turned-VC Scott Kupor serves as managing partner. Whether you're trying to get a new company off the ground or scale an existing business to the next level, you need to understand how VCs think.

Got a book you think we should feature in a future list? Drop a note to us at @netimpact or media@netimpact.org.