Celebrating the Life of Dakota Stormer

Celebrating the Life of Dakota Stormer 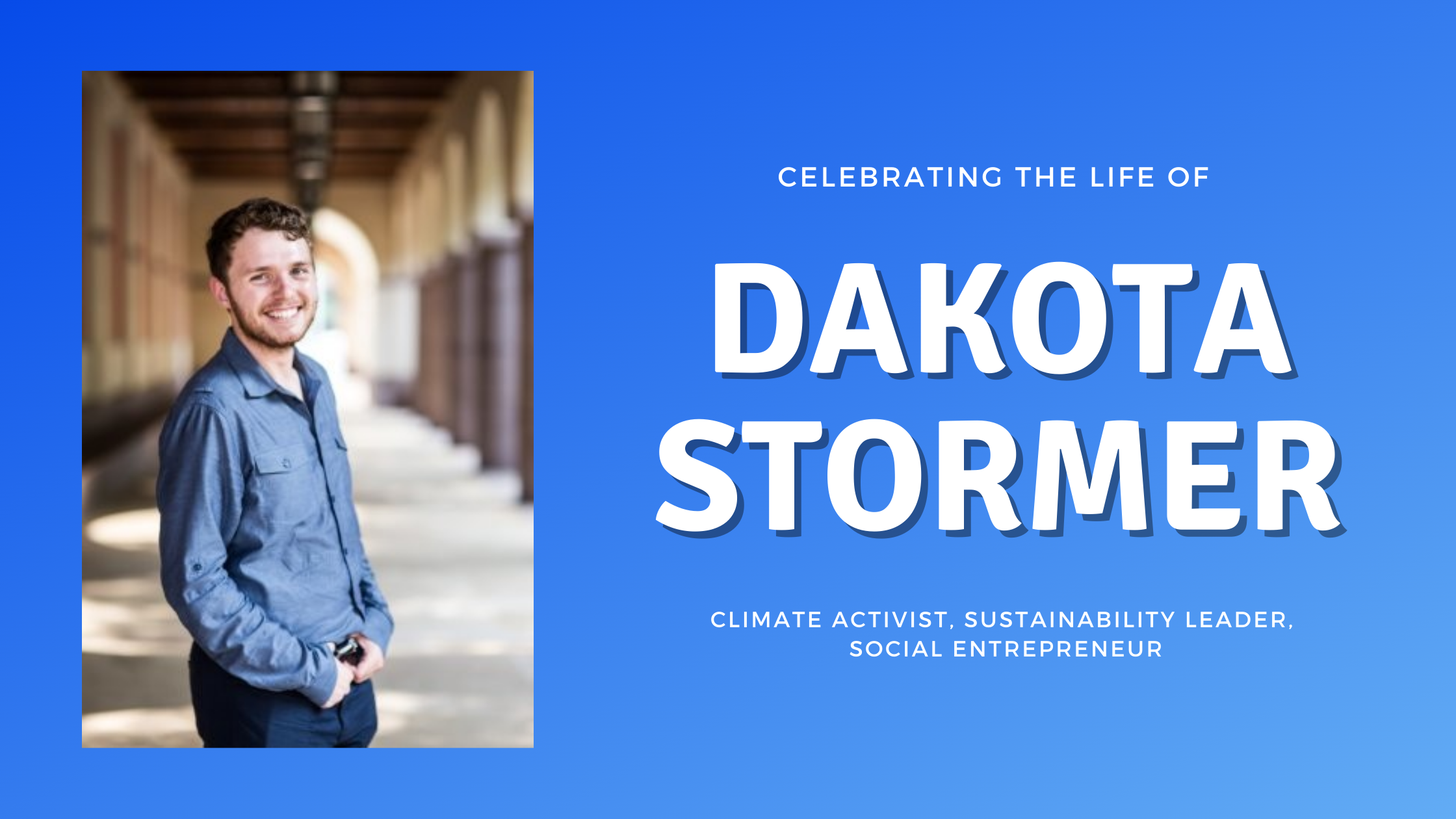 It is with great sadness that we learned of the passing of climate activist, sustainability leader, social entrepreneur, and friend and collaborator of Net Impact, Dakota Stormer, this September at the age of 25.

Dakota was an unwavering optimist and a committed advocate, dedicated to the preservation of the planet. Whether it was organizing his fellow classmates around climate change as an elementary school student, or developing impactful sustainability initiatives at major corporations, or founding his own company, The Footprint App., Inc that works to reduce the corporate carbon footprint, Dakota accomplished in his short time what so many of us can only hope to strive for: a life dedicated to the service of uplifting others and projecting the planet for future generations.

Dakota’s achievements are too many to count, but among the few of his many accomplishments, he received a Forbes 30 under 30 award, a Texas Environmental Excellence Award, and was a fellow at Greentown Labs, a climatetech accelerator. He also ran for public office in his hometown of Houston and became a member of the Climate Reality Leadership Corps, founded by former vice-president Al Gore.

Through his passion and hard work, Dakota helped drive cultural change at every organization he was a part of and always strove to push his colleagues to think and dream bigger on what impact they could make. His work with Net Impact was no exception. As a member of the Shell Oil Company team and a leader of their internal sustainability efforts, he contributed to the collaborative work with Net Impact on the Future of Energy Challenge, a program that brings business and emerging innovation leaders together to imagine a more sustainable, equitable energy future. Dakota’s persistence and enthusiasm for shifting us quickly towards mass climate sustainability was an inspiration,” said Megan Shea, Chief Programmatic and Strategic Partnerships Office at Net Impact. “We are deeply saddened by his passing, and are grateful for the mentorship he provided to the Net Impact community.”

We offer our heartfelt condolences to Dakota’s family and friends. Though Dakota’s tenacious and empathetic spirit will be greatly missed, we, at Net Impact, will continue to celebrate and be inspired by his life and carry on in his mission. You can learn more about Dakota and contribute to the scholarship fund dedicated to his legacy, by clicking here.