Should Capitalism, as Currently Defined, be Saved?

Should Capitalism, as Currently Defined, be Saved? 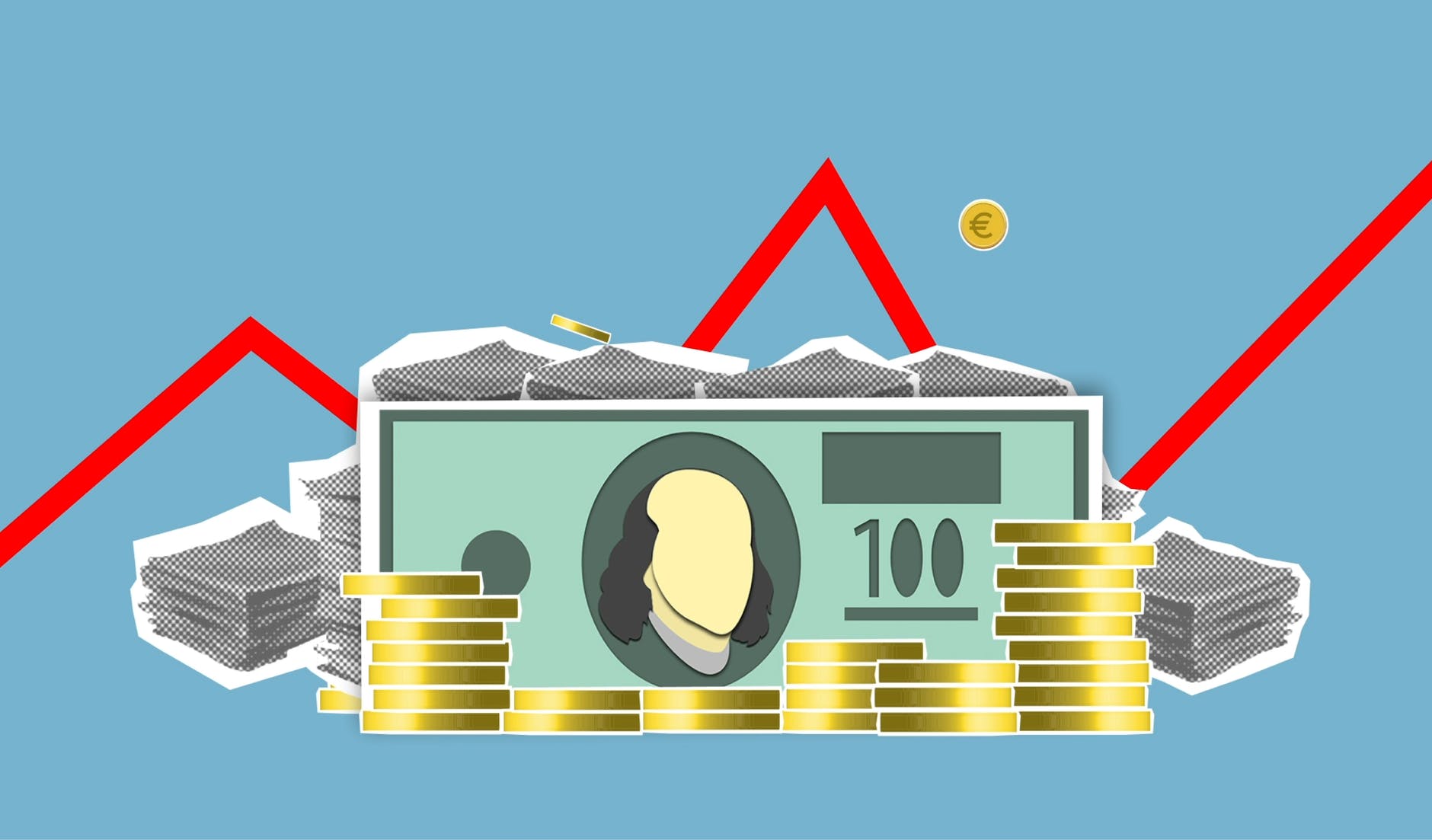 We, at Net Impact, have tackled “Re-Imagining Capitalism” in a 10-part virtual series that ended this past June 2021. We then reimagined capitalism as a “Regenerative Economy” and continued our discussions in the series The Regenerative Economy:  Reimagined Capitalism for People and Planet, which commenced August 2021. I was recently posed the question by our team, ‘can regeneration save capitalism?’ as a topic I might explore in an article. The more I thought about it, the more relevant discussion seemed to be the one posed in the question: Should capitalism, as currently defined, be saved? A corollary might be, ‘does it matter?’ ‘Are classic economic definitions relevant?’ To this last question, should we care if what we seize upon is an economy (I will argue a Regenerative One), that fosters better outcomes for people and planet? Call it “Capitalism 2.0” if you like.

If we are curing for deficiencies in the current system, let’s start with the unbridled ability to do harm in pursuit of profit, with just Adam Smith’s ‘invisible hand’ as the amoral guide, if not guardrail, against doing bad things. With so much abundance, how is it there are people that lack food, clean water, adequate housing, healthcare and education? So can we not simply accept an obligation amongst us all to assure a social foundation for all people? Everywhere?

Similarly, can we not limit the extraction and use of finite planetary resources subject to their replacement? Business consumes 1.5x the Earth’s natural resources each year.1 We borrow forward for profit and narrow benefit today, on dwindling resources for future generations. It's not sustainable or moral.

Finally, there’s products and their consumption. According to a study by Norwegian University of Science and Technology, only 20% of a consumer’s environmental impact comes from their direct actions, like heating a home or leaving the lights on in an empty room. The remaining 80% is the consumer’s “secondary impact,” which refers to the energy and resources that go into producing the goods a person buys or uses.2 While many wrong-headed pundits and industry propaganda may lay this issue at the feet of consumers, business can and must migrate toward more regenerative production modes and selling mechanisms to reduce the waste embedded in the commerce of replacement. Consumers will still buy products - and arguably prefer products that are less wasteful in production and have the prospect of multiple users.3

A Regenerative Economy, as we define it, is one that runs for the benefit of all people and the planet. It is one that is subject to a social foundation for all people and abides by the rational use of natural resources within our planetary boundaries. The Regenerative Economy is one where business and consumers share in a belief in sustainable consumption and production policies. Within this, as Kate Raworth might describe as a ‘doughnut’4, business and entrepreneurs can have at it!  In the history of the humans on this planet, ingenuity has come to address past problems - of course this is possible with our current ones. Once pundits bemoaned that New York City would disappear under 12 feet of horse manure. Then the automobile was invented. So a Regenerative Economy is also one that marshals the capital markets and investment, with the support of business and government to foster and fund innovation and innovators. The world’s most vexing problems need more than ‘muddling through’, or for that matter, outright denial or accusation, as in,  ‘we are not responsible for this.’ We can address the challenges to people and the planet with big thinking, grand ideas, audacious goals. We need exponential, not incremental outcomes. The Regenerative Economy embraces and supports innovation that engenders a social foundation for all people while abiding by our planetary boundaries.

If we can evolve from a profits-at-all-cost to a more sustainable economic system, a Regenerative Economy (and yes we can, it’s within our power and control as people), I’ll argue it’s Capitalism 2.0, but does it matter what we call it?

Stakeholder Capitalism and the Demise of Friedman’s ‘Shareholder Primacy’

Note that back in 2019, the Business Roundtable redefined a Corporation as one that cares and equally optimizes for all stakeholders: employees, consumers, the communities where businesses operate, supply chain, and of course, shareholders.5 The demise of Milton Friedman’s doctrine that “the social responsibility of business is to increase its profits,” ushers in both business’s acknowledgement of this ‘social contract’ with all people (and government who technically affords companies the ‘license to operate’) and hastens people’s sense of agency by right: business (and lawmakers) don’t drive what’s acceptable, all people do.

Business as a Mirror6

We people, that are business’s current and future employees, that consume their products and live in the communities where they operate, are a diffuse but mighty cohort. Corporations are dependent on us to do our part of the bargain: to do our jobs, consume, contribute to a stable and predictable existence in order for the corporation to succeed and plan out into the future for longer-term relevance and value.

If in fact the corporation is better described as people joined through commerce with common purposes (of profit and human/planetary progress), and business recognizes, in fact, cedes agency to broader constituencies, then it would be a violation of management’s fiduciary responsibility to ignore them. The pundits or politicians who simplify and distill this matter into something like, ‘business is just trying to make them (some narrow group, BIPOC, young people, liberals, democrats) happy’ misses, or chooses to ignore, the idiocy of this argument. Business cares to wade in on matters that can negatively impact their employees, their consumers, the communities where they operate because it is good business and it is their fiduciary obligation to do so.

And we - all people - are increasingly asserting our agency in order to provide the moral, ethical and existential guardrails that  - gasp, I’ll say it - are the natural flaw of later stage capitalism.

I’ve said, in the recent past, that ‘capitalism may be the cleanest shirt in the hamper, but we can do the laundry!’

In most academic work on this topic, educators, writers and pundits often channel Frederick Hayek, who, to summarize, believed that:

But as Duke Economics Professor, Michael Munger points out, some definitionally obsessed proponents of capitalism envision ‘real-world’ capitalism as retaining much of the idealized equilibrium model.8 In fact, not unlike the critics of capitalism contending that what is practiced in Venezuela is not socialism, advocates of market capitalism similarly decry examples of drug price gouging, corporate policy influence, and received benefit as ‘crony capitalism, not capitalism. Potato, po-tat-o.

The Whiteboard, the Textbook, the Spreadsheet and the Real World

“If even a few large groups of smart people can organize and invest time and money to increase their revenues and reduce their costs, they may not care whether they are investing in engineers or lobbyists.” - Deirdre McCloskey9

Business profits reduce over time, given market forces, such as competition, the life-cycle of products, costs, and changing consumer tastes. Companies also find it increasingly difficult to continue to innovate. At some point, at the margin it becomes more profitable, to use the power of the state or industry collaboration, to extract resources from others or to protect those existing products from competition or simply to maintain profitability. This can be lobbying on tax policies (reduction, credits for activities), for other entitlements such as subsidies, relaxation of regulations that would add costs (such as labor, health, or environmental). Business may work in concert, as a cartel, to either agree to uniform behaviors (bad) or pricing, or for collective influence with lawmakers, perhaps advertising propaganda targeting consumers  - we people. This is the flaw in a model that suggests free markets and pursuit of profit - capitalism as a system, alone, is sufficient to assure ethical and moral behavior. Inexorably, without any limitations, profit protection motivates cronyism.

Milton Friedman argued that economic freedoms make growth possible, and at some point, citizens come to value political freedoms as their consumption and other basic needs are increasingly met.  If political freedoms are unconstrained, what curbs the motives of financial actors from seeking advantages - their sense of right and wrong? Adam Smith’s ‘invisible hand’? Smith noted this plausible descent of later stage capitalism into cronyism - to seek immoral advantage, warning that government must wade in to assure businesses don’t form collectives or cartels, noting that “people of the same trade seldom meet together, even for merriment and diversion, but the conversation ends in conspiracy against the public, or in some contrivance to raise prices.”11 Smith identified this natural flaw and saw protection in lawmakers providing moral oversight. We could argue whether politicians solicit business or business is to blame - what matters is this component of classic textbook capitalism misses the way the real world works.

Perhaps the biggest problem in evolving capitalism to wring out its flaws has been either ingrained teachings and beliefs rooted in simplistic, idealized definitions of capitalism (or for that matter, socialism), or the use of pivots back to definitional terms to avoid explaining why, with all we have, we cannot provide for all people nor live within our planetary resource boundaries. This inversion of the discussion allows the clever and the paid to deflect and defend the status quo. If we all have the agency to compel those we afford license to operate, business and lawmakers, to abide by their social contract with us and each other, we must own the narrative: let's commit to a Regenerative Economy and not let the narrative devolve into the ‘that’s socialism..that’s capitalism’ divisiveness.

Neither the strategists at their whiteboards, academics at their texts, nor economists with a spreadsheet should dissuade or distract us from the goal of assuring our stewards manage commerce for the best interests of people and planet. Call it “Capitalism 2.0” if you like - whatever it’s called, it would be a big win.

6 Some of these thoughts I’ve shared in, Business is a Mirror: Corporate Allyship in Support of People, Skytop Strategies, October 22, 2021. https://skytopstrategies.com/articles/2150

7 With thanks to Duke economics Professor Michael Munger, summary in The Road to Crony Capitalism, Munger and Villarreal. The Independent Review, v. 23, n.3. Winter 2019

9 The Bourgeois Virtues - Ethics for an Age of Commerce, University of Chicago Press, 2007, Deirdre McCloskey

10 Munger and Villareal. The Road to Crony Capitalism.