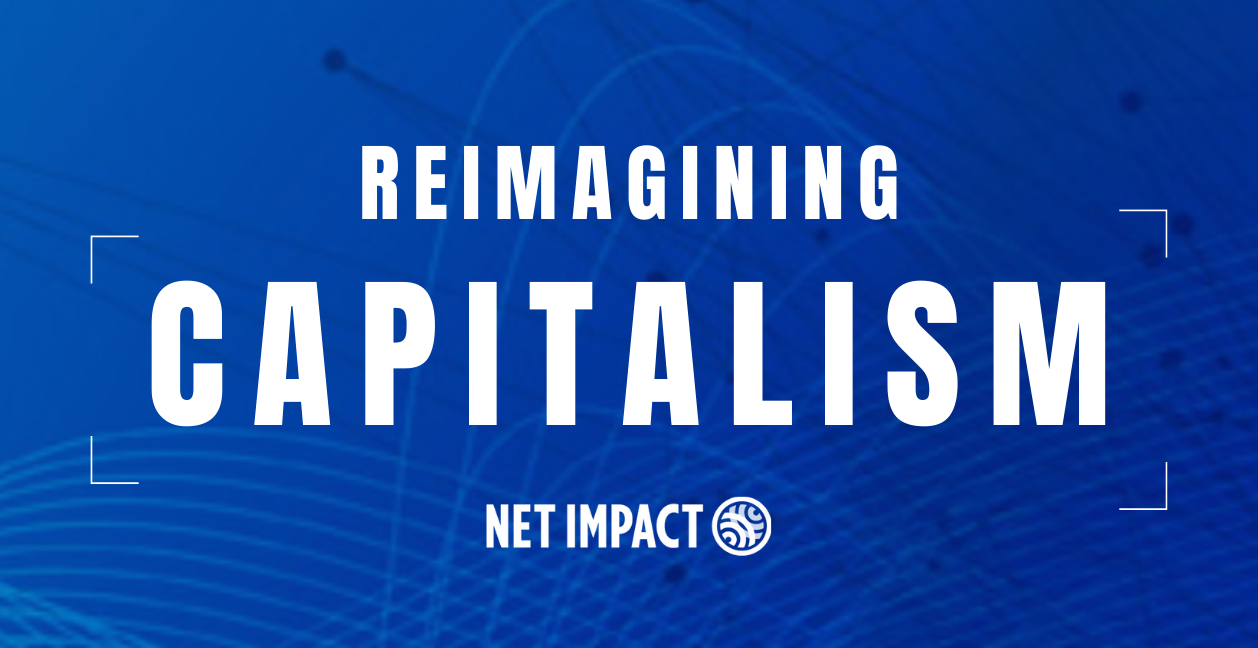 COVID-19 has pulled back the curtain on capitalism and government’s challenges, displaying a stark failure to truly care for people. Our systems’ inadequacies lay bare the transparently inequitable access to healthcare, safe living conditions, and adequate work from home outcomes for the privileged and powerful (often white) relative to the working class, working poor (often people of color).

The choice of maximizing revenues and reducing costs (including taxes) in this ‘everyone has a shot' democracy is now tested by this pandemic when the poor aren’t safe and are the first to be economically compelled to return to work.

But these inequities are met by our increasing desire and influence to affect system design change - both commercially and civically. This is the increased voice, influence of all people, NexGen’s demand to be heard and a growing global objective to provide due influence and impact to marginalized voices. We have choice, we have power.

There is a common theme, a function of these times, our community’s psychographics, that suggests what Capitalism Reimaged, may look like, and how Democracy can evolve. Economist, Milton Friedman, best-known advocate of shareholder primacy, once famously said, “there is one and only one social responsibility of business - to use its resources and engage in activities designed to increase its profits so long as it stays within the rules of the game”. But what about when the rules of the game change? I’d argue they have.

Nothing About Us Without Us – Constituent Groups Demand Influence

With regard to commerce, a collective of people across the globe share a belief that:

In this era of COVID-19, we will have new data points, observable behaviors of companies related to all stakeholders. The Whole World is Watching, and as stakeholders, we can take action. We have influence.

We Can/Must Innovate Capitalism and Democracy 2.0

A generation of business owners and operators, students and educators, employees, community, consumers, even some legislators, are beginning to question the longer term harm that may be a consequence of the objective to maximize profits today, with little regard for people and planet or the future. Net Impact and the sustainability movement were formed and took root as a consequence of these growing beliefs. The flaws in capitalism may be repairable, and perhaps can evolve to be a better, more equitable version.

If capitalism in America has been the self-interested teen, democracy in America has been the enabling parent. In America, as a corollary to capitalism, a critical eye toward the relationship between our current forms of capitalism and democracy and its history, calls into question our version of democracy, which was formed to benefit and protect white male landowners almost 250 years ago. While the story, perhaps, mythology of America continues to be taught, the systems’ flaws, not unlike capitalism, are the marginalization of lesser-heard, less powerful voices, to the favor and benefit of the wealthy, privileged business/asset owning, and overwhelmingly white active participants.

While today, democracy, like capitalism, and its advocates and participants, work hard to drive greater equitability and participation, their ‘fixes’ are akin to security ‘patches’ sent by software companies – at some point a version 2.0 is required.

Milton, The Rules of the Game Have Changed

Why shareholder primacy is outdated, why capitalism and democracy can evolve, is because  the Rules of the Game have Changed: varied constituent groups demand a voice in business, in democracy and governance. This generational imperative is only coming on and will not abate. This is vastly different than in Friedman’s time and will drive better business practices. Business stakeholders (i.e. voters) will continue to influence government, now pressured to be adequate and moral stewards by business as a force for good. We can Reimagine Capitalism and evolve a more inclusive democracy. We can do so by our active participation. If not us, who? If not now, when?