Climate Justice: The Positive Role Business Can and Must Play

Climate Justice: The Positive Role Business Can and Must Play 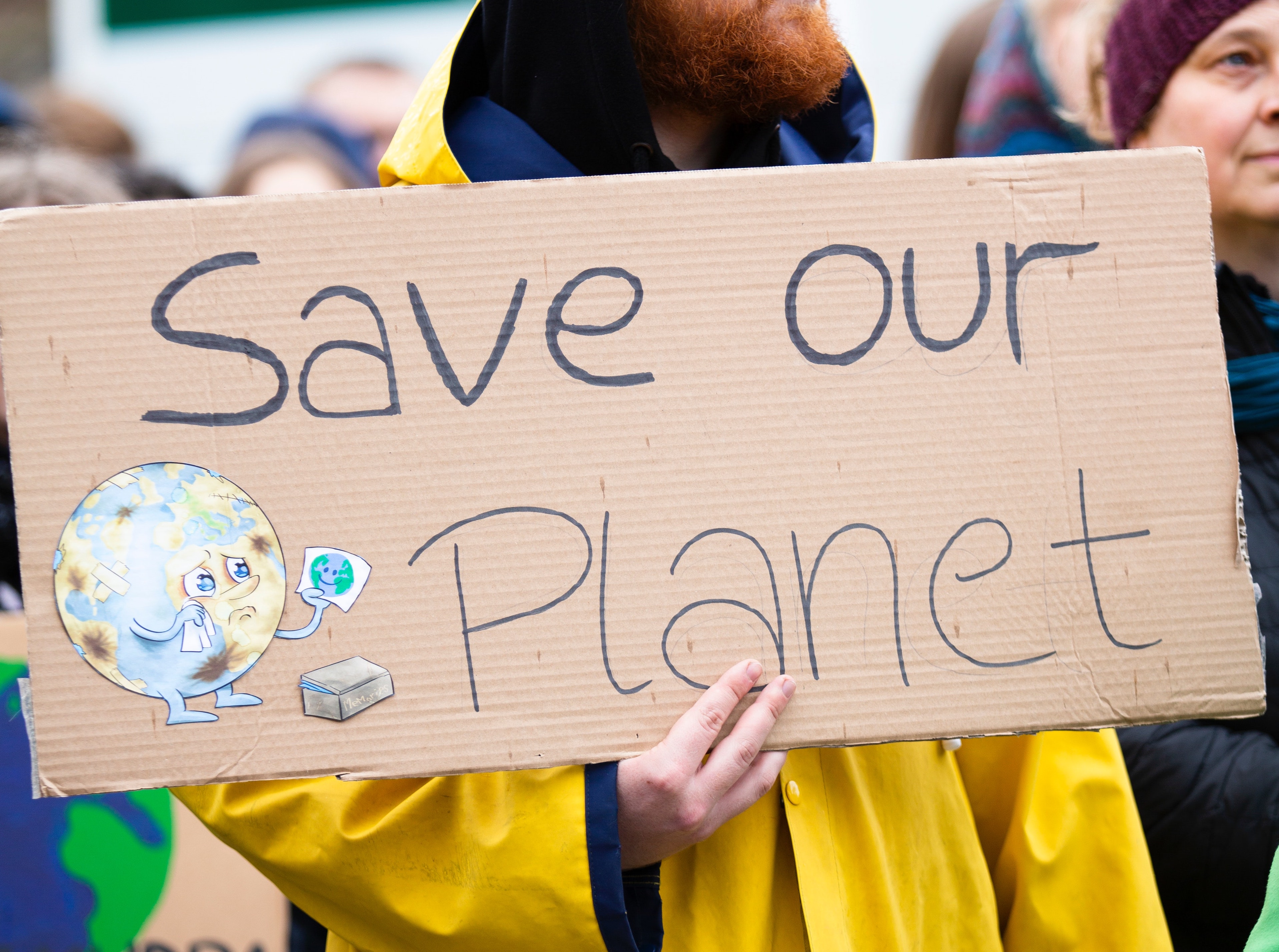 Those who have done the least to cause climate change are the ones suffering most from its effects. Climate Justice requires ratability – a sharing of burdens and benefits while safeguarding the rights of the most vulnerable and marginalized.

Before we get too much further, let me put it out there: we at Net Impact Central, take the view that climate change is science. Observations throughout the world make it clear that climate change is occurring. The globe is warming and rigorous scientific research demonstrates that greenhouse gases emitted by human activities are the primary driver. Net Impact’s mission is to inspire and equip emerging leaders to build a more just and sustainable world. Climate justice requires we look past the certitude of science to the impact on real people if we are to fulfill this mission.

The effects of climate change fall most heavily on populations that are already marginalized - including those who are young, elderly, low-income, or who have existing health conditions such as asthma. For these, global warming and carbon emissions aren’t just environmental issues, they’re social justice issues.

If justice requires fair and equal treatment, how do we adjust for circumstances where unequal power and culpability may impair justice? Climate crisis is a function of human activities, largely those of industrialized nations. There are countries, economies, industries – ways of life, so tied to the damage of the planet, accustomed to unpriced ‘externalities’ and collateral damage largely borne by others, that it is hard to get past the biases attached to maintaining status quo. Therefore justice is hard to accomplish without equity amongst actors. Equity is often conflated with ‘equality’, or sameness, and assumes incorrectly, that we all have equal voice, treatment and outcomes. Equity, however, implies that some may need to experience or participate differently (not equal) in order to maintain or approach fairness. Climate justice requires equity given the unequal power and culpability of global participants.

If we can agree that Climate Justice requires equitability of parties, ratably amongst the powerful and marginalized, we are in a good place to tick off the Top 5 Inequities[1] to fix in order to effect Climate Justice:

1. The Degree of Responsibility for Climate Change

“That is the greatest injustice of climate change,” says Mary Robinson, Adjunct Professor of Climate Justice at Trinity College Dublin, former UN High Commissioner for Human Rights, and former President of Ireland. “That those who bear the least responsibility for climate change are the ones who will suffer the most.”

2. The Impact of Climate Change on the Global South

People in the “Global South” (countries located in Asia, Africa, Latin America, and the Caribbean) contend with persistently lower incomes compared to countries in the Global North. These are the countries, as noted above, that are hit hardest by climate change, with little to no responsibility for the current climate crisis.

There’s the conundrum of the ambitions of the Global South to improve economic stature, to modernize production, more efficiently utilize their natural resources and join the international trade ‘club’ as an equal member. Yet to do so, is it moral, equitable to compel participation in Climate initiatives now that the Global North finds it necessary? For the Global South to sustainably grow, develop resilience, against existential threats from climate change requires both the support of, and trust in the Global North.

3. The Ability and Capacity to Deal with the Impacts of Climate Change

Extreme weather-related disasters have doubled in the past 20 years.[2] The consequence: reduced yield of major crops, food price hikes and income loss.

The most vulnerable countries, their people, are also some of the least equipped to deal with extreme weather and drought. The likely persistence and increased severity of the impacts of climate change highlight the urgent need for disaster management and progress toward resilience against future events.

4. The Intergenerational Impacts of Climate Change

The last 150 years of economic growth - and resulting increase in greenhouse gas emissions - are only beginning to reveal their costs. It’s clear that younger generations will suffer these consequences more greatly than their parents and grandparents.

Women worldwide, often serve as both providers and caretakers for their families. Women are responsible for food, water, childcare, and managing these elements and efforts within their larger communities. Women and girls spend 200 million hours fetching water every day.[5] In short, as The Mary Robinson Foundation has said, “Climate change is sexist”.

Despite women often having fewer rights, resources, and often the last to eat when climate threatens food security, a community’s ability to mitigate climate-related disasters is heavily reliant on them.

What Can Business Do?

All businesses are on a journey toward greater sustainability – just at different places on the trip. They care, not for some dysfunctional reason – businesses are not anthropomorphic, making decisions based on some need to be liked – but because all stakeholders demand it. Corporate sustainability is increasingly part of valuation, so bluntly, it just makes good business sense.

Businesses are run by people, conducting business with people, selling to people, owned by people and afforded the opportunity to operate in communities, by people. And people are demanding that business be a force for good, and companies, more pragmatically, increasingly believe that business can make money and drive demonstrable social and environmental impact. As business comes to embrace the coming mainstream view that they operate for, at the behest of broader stakeholders (employees, community, consumers, supply chain participants and shareholders), then considering all stakeholders, again, is just good business.

So what can all businesses do to play their part in fomenting climate justice? Here are a few action items:

Carbon Footprint, Water Use: Many have, or are beginning to, conduct their organization’s carbon impact and/or water use assessment. From this evaluation, they can begin to think about the strategic actions to take. Companies are considering materiality as well – what actions have the most marginal positive impact? What do consumers, employees, community and shareholders think would be the most meaningful actions to take?

Legislative Partnership and Cooperation: Companies should actively monitor legislative and regulatory developments so they don’t get caught unaware or unprepared by policy changes or unexpected regulation. Further, some legislation may be of front and center importance to some/all stakeholders. Many issues are not matters of right or left, but of right and wrong. We should insist that businesses (and all of us) take stands that place them on the right side of history. In some instances, companies, industries can lead a charge around legislation that benefits people and planet, rather than simply respond to it.

Analyze and Disclose Climate Risk: Those companies rationally considering risks and opportunities and probability weighting them, already analyze their climate change risks, from physical exposures to policy changes to transition challenges to financial impact. It’s hard to imagine public or larger private successful companies not doing this. Public companies have an obligation to disclose this to shareholders, at minimum. First, this is simply best practice, but investing capital inevitably penalizes less transparency. Perhaps companies will be obligated to produce Climate Risk reports as a matter of law. More rigorous analysis also can help companies identify risk indicators to monitor, and fulfill the likely expansion in requirements for climate risk disclosure by institutional investors, lenders, and legislatures.

Be Attentive to Stakeholder Interests: Companies should prepare for increasing pressure on climate issues from all stakeholders and be proactive where it makes business sense, to address matters sooner rather than later. As companies increasingly acknowledge the business case for broad and ratable stakeholder objectives, the bar on disclosure and responsiveness has been elevated. Public companies should count on increased engagement around climate and all matters relevant to employees, consumers, community and supply chain.

Climate Justice and the Upside of Change

We all know the right thing to do here. Businesses are pragmatic, and once management conquers fear of change (which they eventually do, or suffer by not doing) businesses embrace it. The risks to businesses associated with climate change also present many opportunities – opportunities to strengthen the connection with the consumer, create greater loyalty and affinity amongst current and future employees, suggest new products and revenue streams, and comfort shareholders in the coherence and vision of a longer term perspective. Business, increasingly a force for good, can have the legacy of helping forge climate justice and make a more just and sustainable planet.

[2] According to the UN Framework Convention on Climate Change.