Love, Care, and our Civic Imagination

Love, Care, and our Civic Imagination 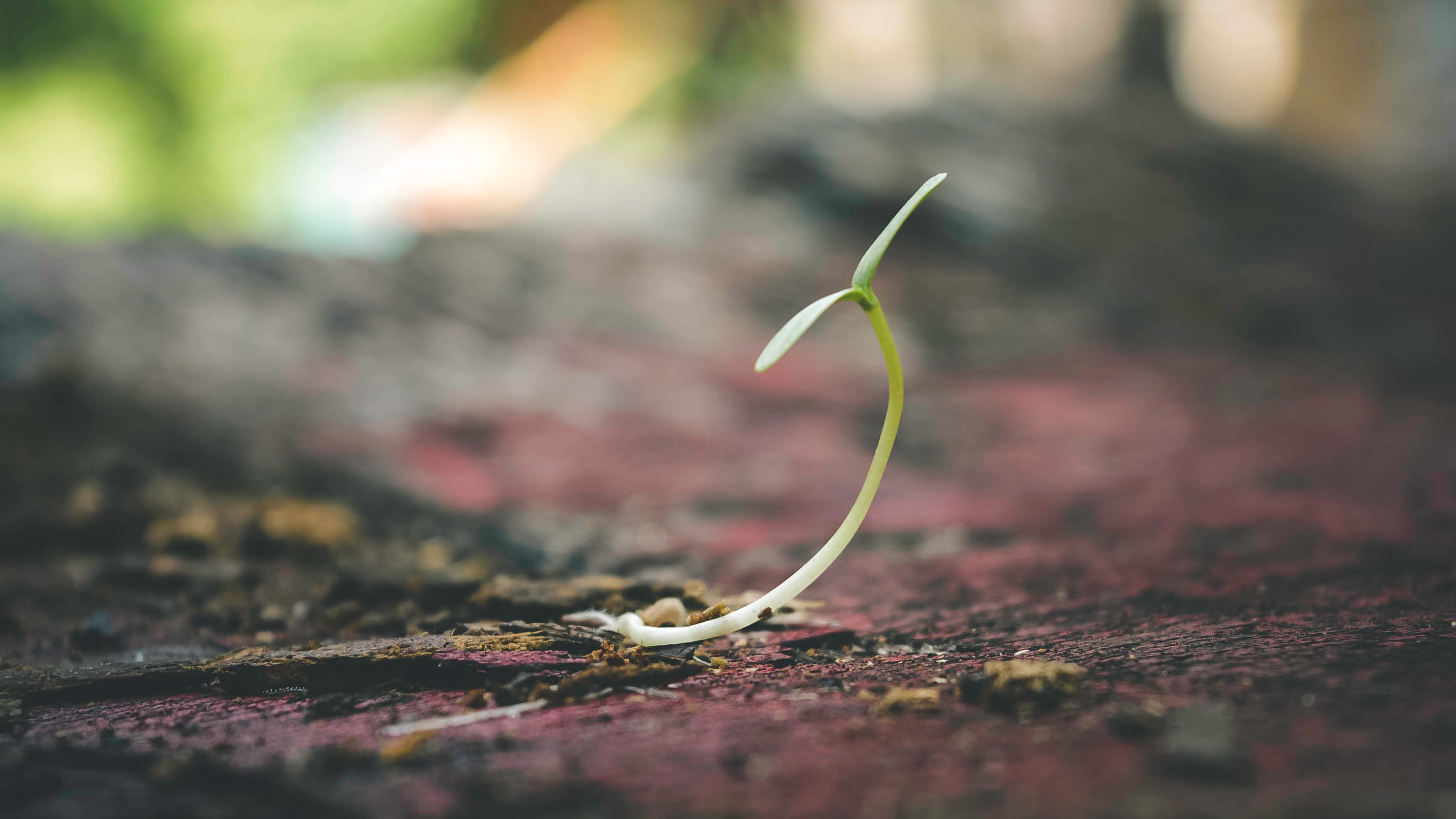 Net Impact is excited to feature an excerpt of Philip McKenzie’s essay, which was originally published on Medium, on our blog. To read the full article, please visit his Medium page here.

The multitude of crises, overlapping and growing, that have marked these recent years have served as a dire warning for a darker future unless we dramatically shift our societal priorities. These numerous threats spring from a society organized primarily around precarity. As much as COVID-19 remains an ongoing tragedy, rising authoritarianism, late-stage capitalism, white supremacy, and gross inequality continue to iterate and find new adherents. These are not theoretical challenges to our existence. Their compounding presence results in grave physical and psychological harm. Precarity feeds on the violence that permeates these systems. We rightfully obsess on the latest COVID variants, which are constant reminders of our systemic failures. At the same time, the persistent variants of cruelty, inequality, and neglect continue to adapt. Facing such odds, it is natural to yearn for normalcy. But once we parse what we mean by normal we have to face harsh truths. Normal was never working for most of us. Normal is a proxy for preserving the status quo. The status quo to what extent it is “normal” serves the interest of the few and powerful. And it neglects the needs and wants of the many. In the early stages of the pandemic, I declared that normal, would no longer be enough. If we are going to build a society grounded in love and care, we have no choice but to reject our longing for normal. We have to get on with the hard work of imagining and manifesting new viable future(s).

Imagination is a Scarce Resource

Liebig’s Law of the Minimum states that growth is dictated NOT by total resources available but by the scarcest resource. Known as the limiting factor, the premise states that a complex system can be restrained by its most scarce resource. Limiting factor(s) are not static; they exist in a state of flux, nor are they uniform in scope, scale and impact. The limiting factor can shift from one moment to the next depending on the underlying conditions of the complex system itself. When we think about complex systems within culture, limits are essential. Culture presents itself as boundless, and limits allow us to grapple with spatial relationships, including time. Culture resists siloes and easy classifications. Culture rarely gives us a neatly defined point of origin and subsequent final note. Instead, culture leapfrogs between moments while making meaning. Our ability to think beyond these boundaries is a significant step in addressing the imagination as a scarce resource. Our civic responsibility is to create a viable(s) future, and reframing our limiting factors is essential. Addressing the limiting factors within a complex lived system is an invitation to expand the scope of what is possible.

Liebig’s Law was initially born out of understanding agricultural growth patterns but has since been used in assessing economic opportunities. The growth described in the model was in the neoclassical economic tradition. The limited way we think about development is at the core of our problem. The evolution of neoclassical economics and hyper-capitalism is a death spiral for human civilization. The myth of perpetual growth in a world that wasn’t designed for rapacious consumption has to come to an end. We can no longer discuss growth in those terms and under those conditions. The growth we need to focus on instead is a byproduct of imagination. We need to grow our vision of what is possible. Only by expanding the realm of possibility can we endeavor to co/create new realities.

There are three scopes across various time horizons in a Futures funnel: what is probable, what is plausible, and what is possible. Imagination widens the possibility diameter of the funnel and incorporates diverse scenarios across multiple time horizons. This is the growth we need to focus on if we begin to surface a viable future(s).

Imagination is not our only limiting factor. As I stated therein, complex system limiting factors are not static. Imagination is foundational, and it is in short supply. Strictly as a working term, imagination is still frowned upon in conventional business and policy circles. So-called serious people prefer more serious words. Selecting terms like innovation and disruption over imagination. The language of innovation and disruption emerges from the technology/Silicon Valley operating system. It is a system so dominant we scarcely notice it. Despite our overuse of the word, what passes for innovation nowadays couldn’t be further from it. Most innovation is satisfied tinkering on the edge of industrial age ideas, systems, and technology. There is a concerted effort to use technology to further entrenchment and exploit people and the planet. But pure imagination, the seemingly limitless manner we can make leaps from one condition of being and understanding to another, remains elusive. This is especially true if imagination is to be used to solve big intractable problems or to operate outside of the market dynamics. Without the capacity to imagine a different future, it is difficult to see how to create it? In a world dominated by the all-knowing//all-seeing marketplace, our collective imaginations are often trapped in that framing. Every new tool, every new idea, and connection we can imagine is only useful to the extent that it is a market transaction. Our first radical act is to reject that framework and imagine relationships outside the marketplace.

The limiting factor of imagination capture is so prevalent it has made us reformers rather than radicals. More comfortable with tinkering around the margins than making clean breaks that could lead to new structures. Dusty battles pitting old dead men from Adam Smith to Charles Darwin to Karl Marx to John Maynard Keynes maintain debates that have expired in their usefulness. Arundhati Roy states in her essay The Pandemic is a Portal, “It is a portal, a gateway between one world and the next. We can choose to walk through it, dragging the carcasses of our prejudice and hatred, our avarice, our data banks, and dead ideas, our dead rivers and smoky skies behind us. Or we can walk through lightly, with little luggage, ready to imagine another world. And ready to fight for it.”

Navigating the pandemic is perilous, but for brief moments there was the hint of promise. As we were gripped in a significant slowdown, the ensuing shifts in work and leisure began to reveal there were other ways forward if only we could grasp them. Had everything and every way we had been going amount to anything worth salvaging from the junk heap of wasted ambition? But then the tenacious grip of the old systems adjust. And in doing so, we have started to revert back to the familiar grooves before we can fully shed their shackles and move through the portal lightly. If nothing else, dead ideas are resilient. In turn, we must counter this resilience with a commitment to imagine and make real alternatives that serve us all.

Philip McKenzie is an anthropologist who uses his expertise in culture spaces to advise organizations on how to best thrive in an increasingly challenging and uncertain environment. Our world is increasingly one where relevant connections and relationships are invisible to one another and established silos are not capable of unmasking complex opportunities. Philip’s work has placed him at the center of understanding the significance of culture as a reflection of shared values and thereby making the invisible visible.

Philip uses his quantitative background and experience as a former Goldman Sachs Trader and combines that with a qualitative understanding of the social and economic shifts we are experiencing worldwide. A true global citizen, Philip has traveled and worked extensively abroad, this includes designing and curating Influencer Conference and consulting for numerous clients on their internal and external cultural challenges and branding strategies, particularly for diverse and multicultural audiences.

Philip is a writer and working on his first book There Are No Shortcuts: The Revolutionaries Guide to the Future.

Philip is also an accomplished DJ and plays music under the name 9 Is Water. He is a Founding Member of the Net Impact Black Professional Chapter and the host of the culture and insights show The Deep Dive