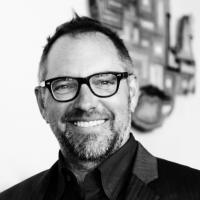 Joe is the Founder and former CEO of Theo Chocolate, the first organic and fair-trade chocolate maker in North America. In building Theo from the ground up, Joe successfully executed on his vision to build a premium chocolate company that has a substantially positive impact on the lives of cocoa farmers, suppliers, employees, and chocolate lovers worldwide. At the time of Joe’s departure from the company, Theo was the number one selling organic chocolate brand in North America, reaching millions of consumers through thousands of retailers including Whole Foods Market, Kroger, and Safeway.

As a young man Joe sought adventure. Sailing in Central America and later volunteering for a small conservation foundation in the early nineties helped shape his worldview. Joe experienced, first hand, that social and environmental degradation were economic issues. The indigenous farmers that Joe worked alongside were struggling economically. Joe acted on his belief that there was – and still is - no good reason that farmers and their families should suffer to grow ingredients used to make chocolate or any other products.

Joe first pioneered the North American organic chocolate market by cultivating the first organic cocoa supply chain into the United States in 1994. Over the next several years, Joe built a fast-growing business that supplied the vast majority of all organic chocolate and cocoa products sold in North America. But there was still an element missing – the brand. Absent from the market was direct engagement with consumers and the ability to vertically control manufacturing. Theo grew from Joe’s early experience in the chocolate industry.

Throughout his career, Joe has served as director and trustee on a variety of boards including Net Impact, the World Cocoa Foundation and Seattle University Albers School of Business Dean’s Advisory Board. Joe has also presented and participated in panels and key notes for a wide range of industry, global development and consumer conferences and events including Global Washington, Summit Base Camp, and Fair Trade International. Under Joe’s stewardship, Theo Chocolate won numerous awards for both product quality and its commitment to social and environmental responsibility, including the Jane Goodall Award for Corporate Social Responsibility, the Whole Foods Market Vendor of the Year Award, and the Time Magazine Style and Design Top 100. Joe has been featured in numerous books, magazines and publications including Bon Appetit, Food and Wine, Conscious Company, and on national television shows including CBS’ Sunday Morning.