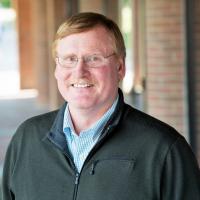 Stuart L. Hart is one of the world's top authorities on the implications of environment and poverty for business strategy, and one of the originators of the 'base of the pyramid' economic theory." He is the Steven Grossman Distinguished Fellow and Co-Founder, SIMBA Program at the University of Vermont's Grossman School of Business; the S.C. Johnson Chair Emeritus in Sustainable Global Enterprise and Professor Emeritus of Management at Cornell University's Johnson Graduate School of Management; and President of Enterprise for a Sustainable World.  Hart also founded the Sustainable Business programs at the University of Michigan (now the Erb Institute’s Dual Master’s Program) and the UNC’s Kenan-Flagler Business School (Center for Sustainable Enterprise). In addition, he is the Founder of the BoP Global Network, and Founding Director of the Emergent Institute in Bangalore, India.

Stuart is perhaps best known for his book, Capitalism at the Crossroads, now in its third edition; the path-breaking 2002 article "The Fortune at the Bottom of the Pyramid," co-authored with C.K. Prahalad, which provided the first articulation of how business could profitably serve the needs of the four billion poor in the developing world; and the seminal article "Beyond Greening: Strategies for a Sustainable World," which won the McKinsey Award for Best Article in Harvard Business Review in 1997, and helped launch the movement for corporate sustainability.  There are more than 80 papers, 7 book contributions and over 35,000 Google Scholar citations, including his recent book, with Ted London, Next Generation Business Strategies for the Base of the Pyramid.