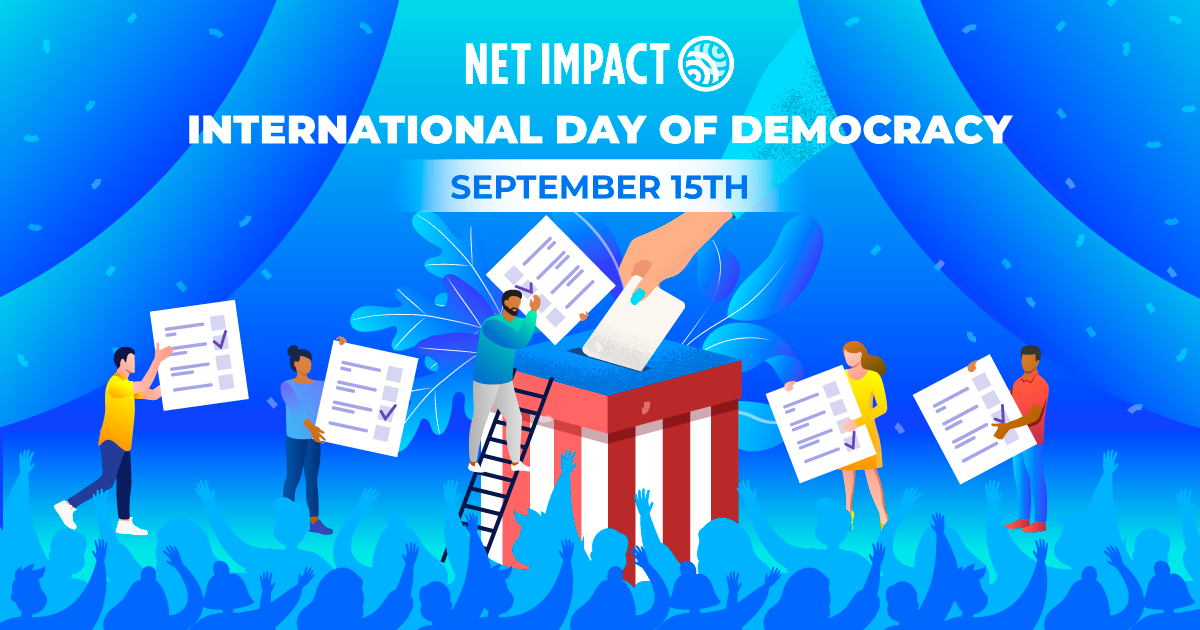 The International Day of Democracy gives people around the globe the opportunity to pause and reflect on the state of democracy worldwide, as well as the inclusion and equality ideas that it was built on. It is not an easy road, as it requires full participation by:

Only through the awareness of and cooperation between these parties can democracy become as inclusive as it should be.

The history of the International Day of Democracy

On November 8, 2007, the United Nations General Assembly passed a resolution declaring that September 15th of each year be formally recognized as the International Day of Democracy. The UN urged individuals and organizations alike to commemorate the day. Member nations were called upon to share their experiences of promoting democracy. In all, 46 national parliaments celebrated the inaugural event in 2008, marking the anniversary of the first International Conference of New Restored Democracies.

Each year, the UN develops a new theme for the day. Past themes have included:

Why does the International Day of Democracy resonate today?

The core values of democracy resonate more so today than they did back in 1776 when our forefathers created the Declaration of Independence.

Essential elements of democracy include:

These elements have been playing out for months (almost years) since the controversial 2020 presidential election. Voting results and discrepancies were challenged in the key battleground states of Wisconsin, Michigan, Pennsylvania, Arizona and Georgia.

More recently, on January 6, 2021, supporters of former president Donald Trump, violently attacked the US Capitol in an attempt to disrupt the electoral vote count. And most recently, Texas lawmakers are attempting to further restrict voting by mail and totally outlaw voting initiatives, which would directly impact voters of color.

During a July 2021 address in Philadelphia, President Biden described what is happening across the US as an “unfolding assault” and that American democracy is facing its greatest threat since the Civil War.

To combat this ever-present menace, lawmakers have introduced the For the People Act, which would guarantee:

In the wake of past social unrests and in the midst of new ones, democracy and its core values are more important now than ever as minorities and underrepresented communities continue to fight for equity and justice.

Why are civic engagement, voting and democracy crucial to societies across the globe?

Civic participation not only impacts individuals but also societies as a whole. In fact, with higher levels of civil participation comes:

When people come together to address a public concern, each party becomes more aware of and empathetic to others' situations and perspectives, thus creating a more understanding and unified group that fights together for equity for all.

Indeed, the scientific evidence supports the claim that civic engagement is not only good for individuals but also for society. The task now is determining how to use this evidence to achieve more engagement and the benefits that will follow.

As we celebrate the International Day of Democracy, you may wonder: Why does my vote matter? In the 2000 presidential election, Al Gore, by the thinnest of margins, lost the Electoral College vote to George W. Bush. It all came down to a recount in Florida in which Bush won by .009% of the votes cast.

In another example, Hillary Clinton won the popular vote in 2016 by nearly 3 million votes but lost the electoral vote. In four key swing states - Florida, Pennsylvania, Wisconsin and Michigan - Trump won by 1.2% or less in each.

And in 2020, over 158 million Americans voted, with Biden winning the popular vote by 4.4%. However, in three battleground states, which put Biden over the top, the margin was much closer:

All of this is to say that even though your vote may not directly elect the next president, senator, congressman, governor or mayor, it will combine with others, potentially creating the tipping point for an election. Executing your right to vote is one of the key freedoms that can truly be a game-changer for societies around the globe.

The words from Abraham Lincoln’s Gettysburg Address, “and that government of the people, by the people, for the people,” are as true today as they were then. Democracy has played a vital role in the development of civilizations around the world. And it has served a crucial step in:

To ensure that the world keeps building off the progressive steps already made, people today must work towards liberal democracy, rather than illiberal, to safeguard the fundamental rights and values that democracy was forged by. In its purest form, liberal democracy ensures nothing (no ethnic, geographic, class or business interest) controls or abuses others.

As the world continues to face unjust systems and hardships, take a moment to reset on the International Day of Democracy and think critically. By exercising your right to vote, participating in civic causes and living by the true values of democracy, you can inspire others to be a force for positive change and advocate for inclusion and equity for all.

How can you participate and advocate for a just society?

Net Impact prides itself in its ongoing efforts to provide guidance for young adults to become more involved with their communities and take advantage of their right to vote. With the proper tools, a civically engaged person is better equipped to take action and develop collaborative efforts within the community to bring about positive change. On the Up to Us site, you can find countless examples of civic engagement. Armed with that knowledge, you can make a true difference.

Net Impact is a global community of students and professionals dedicated to being the drivers of economic, social and environmental change. Its mission is to inspirit and equip emerging leaders to build a more just and sustainable world.

To become a driver of change, join your local chapter.