On the evening of September 22nd, Net Impact LA held a roundtable discussion, “Housing LA’s Homeless,” a block away from the infamous Skid Row. That very morning, Mayor Eric Garcetti had declared a state of emergency on homelessness in the city and committed $100 million to combatting the issue.

Over 120 people attended the event, which featured leaders from organizations that represented a broad spectrum of those struggling with homelessness: The United Way of Greater Los Angeles, the Downtown Women's Center, Jovenes (a supportive housing provider for homeless youth), and Vince Kane, Special Assistant to the Secretary of the Veteran’s Administration. The diverse panel shed light on how the homelessness crisis is vastly more complex than providing housing, and that the spike in homelessness had been aggravated by skyrocketing rents, gentrification, and cuts in social services. 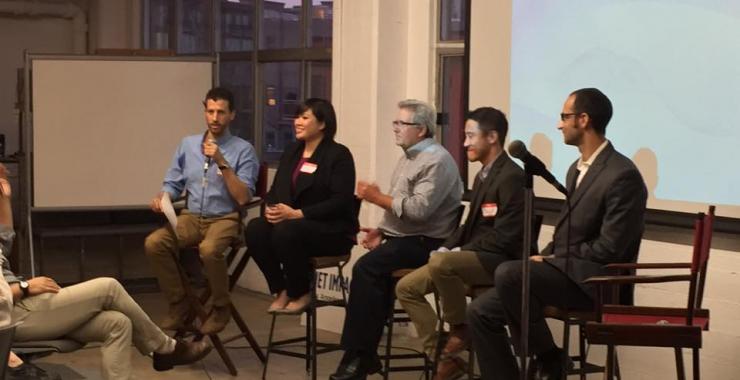 The event was driven by the chapter's Vice President, Garrett Schneider, who felt compelled to take action after seeing the devastation of homelessness on the city's streets. The team was able to rally around his idea with the shared experience of living in the same city and being affected by the same systemic issues. Net Impact LA President, Jen Simmons felt that the lesson to be learned here was, “[...] to observe your city, feel the pain points and identify which issues are the biggest priority. Then engage the audience and elevate rhetoric to make an impact.” 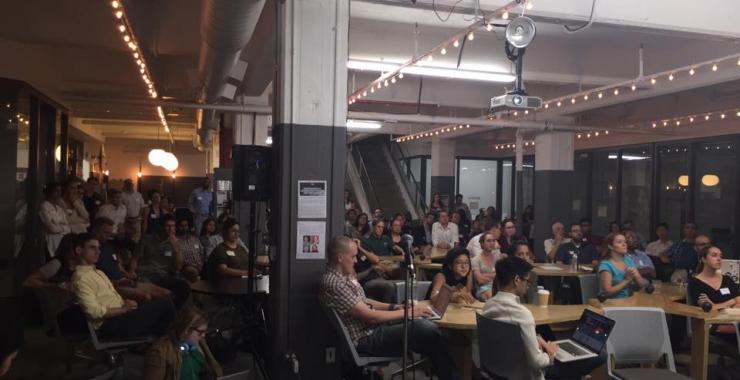 Following the discussion, the audience broke into smaller focus groups. The chapter leveraged their partnerships with Hack for LA, which led a “Civic Hack Night” to brainstorm technological solutions based on the discussion, and their event sponsor, HappyCity LA, followed up with 10 ways to get involved with ending homeless in the city. HappyCity LA also helped promote the event, and awarded a small grant to Downtown Women’s Center in recognition of their work.

Finally, the chapter used social media to suggest ways that their network could volunteer with the organizations represented. With the interest and support generated from the event, Net Impact LA is forming a citizen’s homelessness working group to engage members and the community in order to create lasting impact.

Want to see your chapter featured? Be sure to post to the Event Calendar and send us content, which will also help your chapter achieve Gold status! 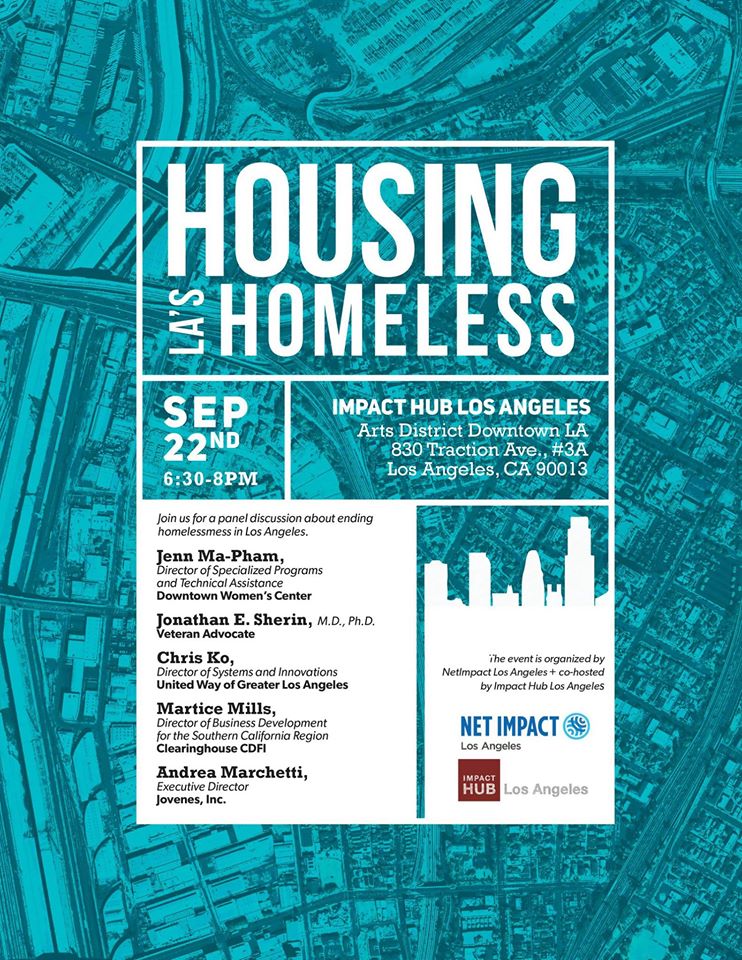